KMU and Its all constituent institutes declared as Tobacco free zone

While addressing the ceremony Prof. Dr. Arshad Javaid paid tribute to the ongoing partnership between KMU and the Global Public Health group from the University of York UK and other partners for their tireless efforts on addressing the smokeless and smoking tobacco research in Pakistan. Prof. Arshad Javaid said that the burden of both smokeless and smoked tobacco on the rise in most of the low and middle income countries because of lax tax structure, marketing and advertisement,  and easy availability, resulting in tobacco uptake at a very young age. It is therefore imperative that our educational institutions take active steps to curb tobacco use among the youth.

He shared that smoking is a universal hazard and as per WHO it is a single most important cause of preventable premature deaths. Tobacco kills nearby six million people each year of which more than six lacs are non smokers dying from breathing second hand smoke. It is a matter of high concern that despite the overall success in bringing down the smoking rate, the prevalence of smoking among young adults remains higher than any other age group, therefore by declaring any educational campus as Tobacco free zone will definitely help to control the smoking behavior in the youth, he added.

Prof. Arshad Javaid expressed that the trend towards tobacco free university campus will be a step towards reducing the magnitude of these habit forming products among the campus staff and students as preventing exposure to tobacco products is a key component of healthy campus environment. 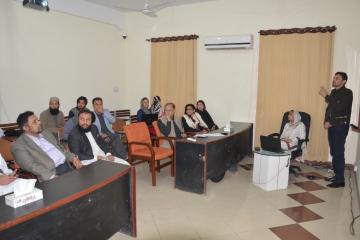 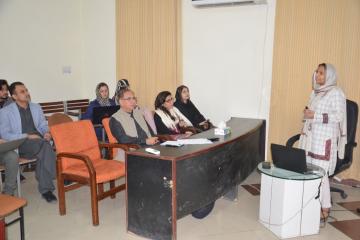